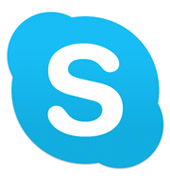 Since 2012, Jeffrey Hopkins has been giving weekly one-hour classes via Skype, on Tuesdays at 9am PST on various topics such as the second chapter of Nāgārjuna’s Fundamental Treatise on the Middle Called “Wisdom,” the Analysis of Coming and Going with the commentaries by Chandrakīrti and Tsong-kha-pa. At present, attendance is restricted to monastics at Sravasti Abbey (Newport, Washington, USA). The talks are being offered freely in support of the monastic education program at Sravasti Abbey and are recorded in video and made available later on the UMA website. 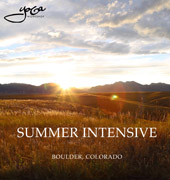 Each summer Jules Levinson leads a month-long course for teachers of Aṣṭaṅga Vinyāsa Yoga taught by Richard Freeman and Mary Taylor at the Yoga Workshop in Boulder, Colorado. In this context, Levinson teaches the context, outlook, and principles of Buddhist contemplative practice to students from all over the globe.

During this time of school closings, many of our UMA Institute translators have agreed to teach on-line courses tuition-free. Tibetan Studies marches on in the days of social distancing. Click here for information and schedule.