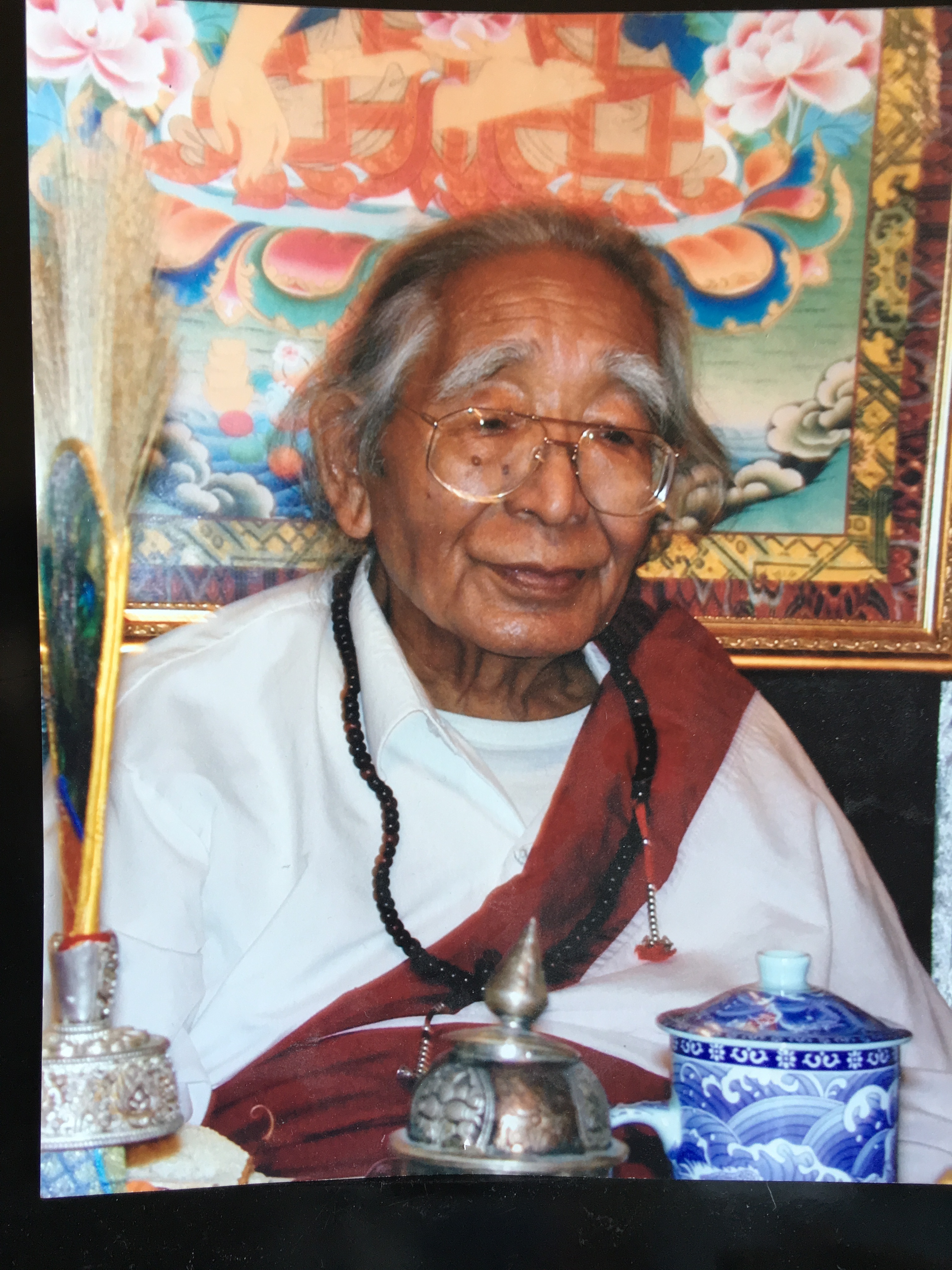 Khetsun Sangpo Rinpoche is a Nying-ma lama trained in Tibet and capable of transmitting in complete form the special precepts of the Nying-ma order. A lay priest and renowned yogi-scholar, he was trained in all four lineages of Tibetan Buddhism. He is among the most senior lamas and Great Completeness masters in the Nying-ma Tibetan Buddhist tradition and is the most eminent Nying-ma historian of his era.

He was born in 1920 in Yag-de (g.yag sde) on the border between the central and western provinces of Tibet and came to India in 1959. He was soon asked by His Holiness the Dalai Lama to represent Dudjom Rinpoche, head of the Nying-ma school, in Japan, where he spent ten years in this capacity from 1960-1970, teaching in Tokyo and Kyoto Universities and becoming fluent in Japanese.

In 1971 he returned to India and founded a school to educate Tibetan monastics in his tradition, called the Nyingmapa Wishfulfilling Center, in Bouda, Nepal. Over more than thirty years he has accepted numerous invitations to teach in Japanese and U.S. universities and to teach students in retreats in Dordogne, France. He taught at the University of Virginia during the spring semester, 1974, and returned in 1986 to lecture on the Nying-ma presentation of the two truths and to give a series of lectures and meditations at the Union of the Modern and the Ancient (UMA) in Boonesville, Virginia, on Mi-pam-gya-tsho’s exposition of fundamental mind, on which this book is based.

In Tibet, Khetsun Sangpo Rinpoche received teachings on the Heart Essence of the Great Expanse tradition from the famous Lady Master Jetsun Shuksep Rinpoche (d. 1953) of Shuksep Nunnery, Tibet’s main institution for female practitioners of the Great Completeness. His other teachers include Dudjom Rinpoche, Kangyur Rinpoche, and Dilgo Khyentse Rinpoche.

His writings feature an account of his spiritual journey and attainments, titled Autobiography of Khetsun Sangpo: Memoirs of a Nyingmapa Lama from the Yamdok Area of Tibet[1] and a thirteen-volume Biographical Dictionary of Tibet and Tibetan Buddhism, an edited compilation of biographies of the masters of all Tibetan Buddhist traditions. His Tantric Practice in Nyingma has been used by thousands of students around the world as a guide to the foundational practices.